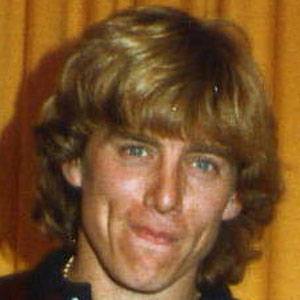 Retired English soccer player who won three titles with Aston Villa from 1980 to 1983. He later became a broadcaster who provided color commentary on the radio broadcasts of Aston Villa games.

He played for the local club in his hometown of Ormskirk and played youth soccer with Preston North End from 1969 to 1972.

He is famous for his spectacular goal against Everton during the 1980-81 season, for which he won the Goal of Season award.

He accepted an offer from Arsenal in 1976 but pulled out at the last minute to stay in Ormskirk with his wife.

He and Darius Vassell played both played for Aston Villa during their careers.

Tony Morley Is A Member Of