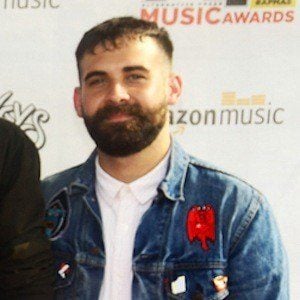 Rhythm guitarist and backing vocalist for the Phoenix-based metalcore band The Word Alive who has been with the group since their formation in 2008.

He and Hansen co-wrote the song "The Hounds of Anubis" from The Word Alive record Deceiver.

As of 2015, he was still in a relationship with Katrina DeLong. He is from Buffalo, New York.

Craig Mabbit worked with The Word Alive in the first year of the band's existence.

Tony Pizzuti Is A Member Of