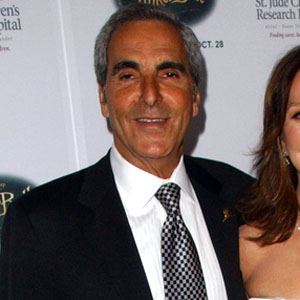 TV and film producer known for producing hit TV shows like The Golden Girls and films like Dead Poet's Society.

He was born in Hollywood and made his producing debut on the famed 1971 TV movie Brian's Song.

He has also been a member of the St. Jude Board of Directors and Governors at the St. Jude Children's Research Hospital.

Tony Thomas Is A Member Of