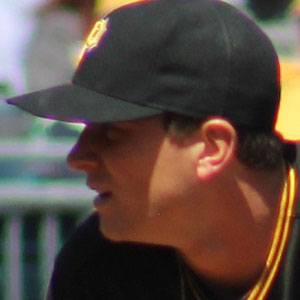 Relief pitcher who joined the Pittsburgh Pirates in 2011 after originally being drafted by the organization in 2007. He was previously a standout pitcher at the University of Nebraska.

He married a woman named Cassie.

He has been teammates with fellow pitcher AJ Burnett in Pittsburgh.

Tony Watson Is A Member Of