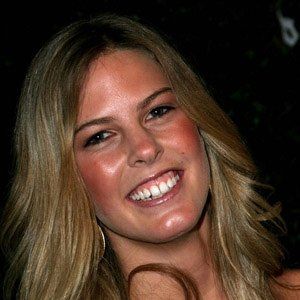 Champion Australian snowboarder who won a gold medal in the halfpipe event at the 2010 Vancouver Winter Olympics. She also earned two gold medals in superpipe at the 2007 and 2009 Winter X Games.

She grew up in a Mormon family in Cooma, New South Wales, Australia.

She won a silver medal at the 2014 Winter Olympics in Sochi, Russia.

Her sister, Rowena, competed in alpine skiing at the 2002 Salt Lake City Olympics; her brother, Ben, also had a career as a snowboarder.

She and Kelly Clark both won numerous snowboarding medals and titles.

Torah Bright Is A Member Of