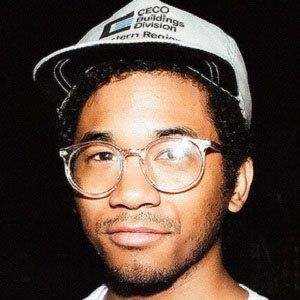 Born Chazwick Bradley Bundick and known to his fans as Toro y Moi, this electronic, indie pop, and chillwave singer, songwriter, and music producer recorded five studio albums between 2010 and 2015, including Underneath the Pine and the Billboard 200-ranked recording What For?

During his high school years, he formed and fronted an indie band called The Heist and The Accomplice. After completing a degree in graphic design at the University of South Carolina, he released his debut solo album, Causers of This.

Performing under the stage name Les Sins, he launched a second career as a DJ and EDM producer.

Born to a family of African-American and Filipino heritage, he grew up in Columbia, South Carolina.

Toro Y Moi Is A Member Of