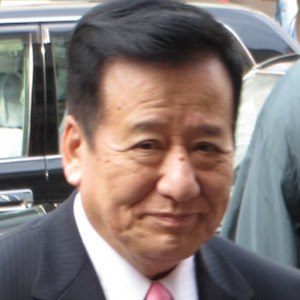 Renowned chef known equally for his classic Japanese cuisine and for his hatred of modern fusion cooking.

He got his start in the culinary industry at age sixteen, when he was hired as an apprentice at the Osaka restaurant Nadaman.

He appeared in several episodes of Iron Chef and became known for his short temper in the kitchen.

He was born in Kyoto Prefecture, Japan.

He competed against Chen Kenichi on the Food Network program Iron Chef.

Toshiro Kandagawa Is A Member Of