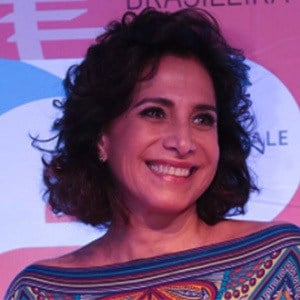 Multi-talented actress whose career has spanned stage, film and television. Some of her notable series include High Astral, Women of Sand on the Rede Globo network and the miniseries Amazon.

She was born Maria Elvira Meirelles in Rio de Janeiro.

She's also an accomplished dancer and singer and has appeared stage productions of A Chorus Line, Gypsy and Nine.

She married Jaime Rabacov in 1991, but the couple only co-habitated for two years.

Marcia Imperator is also an actress who got her start appearing on Rede Globo series.

Totia Meireles Is A Member Of