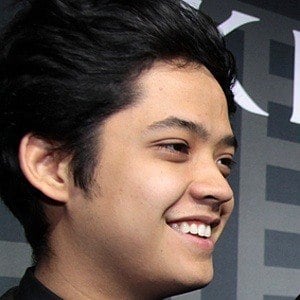 Professional a cappella singer and member of the six-piece vocal group The Filharmonic who went viral after appearing in the hit film Pitch Perfect 2. He and the group also joined The Sing-Off national tour and have visited over 120 colleges nationwide.

He attended and was a spokesperson for the University of Southern California. He graduated in 2014.

He and the Filipino-American group became known after they were featured on NBC's musical competition, The Sing-Off.

He is originally from Elmhurst, Illinois.

He was featured in Pitch Perfect 2 starring Anna Kendrick.

Trace Gaynor Is A Member Of