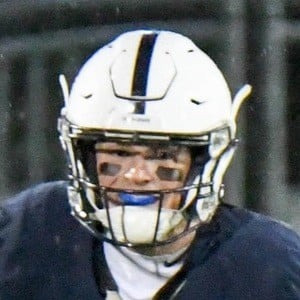 Record-setting quarterback for the Penn State Nittany Lions who was named the Big Ten Championship Game MVP in 2016 as well the 2017 Fiesta Bowl Offensive MVP. He was selected in the sixth round of the 2019 NFL Draft by the Baltimore Ravens.

He attended Briar Woods High School where he was named First-team All-State by the Virginia Coaches Association and Virginia Preps.

His Penn State records included most passing yards in a single season, career passing touchdowns, yards of total offense, total touchdowns and a few others.

His parents are Rick and Andrea McSorley. He has a younger sister, Micaela.

He got his first playing time with Penn State after Christian Hackenberg exited the 2016 Taxslayer Bowl against the University of Georgia Bulldogs.

Trace McSorley Is A Member Of