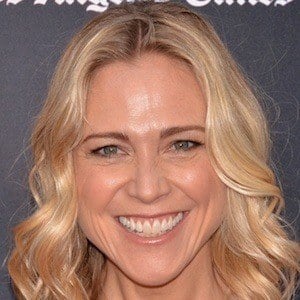 TV, movie, and stage actress known for her roles as Maggie Duval on Scream, Babette on Boardwalk Empire, and Laura Kingman on Beverly Hills, 90210. She also appeared in the movies El Cortez and Reaching for the Moon.

After dropping out of high school in 1987, she studied acting and attended SUNY Purchase. She landed her first TV role in 1992 as Carrie Brady on Days of Our Lives.

Her theatre credits include Summer and Smoke and Ah, Wilderness! Her performance in the short film Snowflake earned her an American Movie Award.

She married Franz Wisner in 2005. She has two children.

She starred alongside Ele Keats in Snowflake.

Tracy Middendorf Is A Member Of