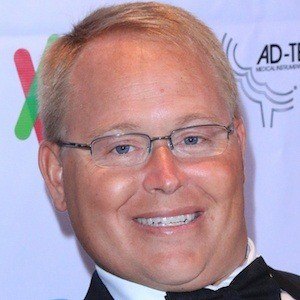 After his collegiate ice hockey career ended with an accident that left him quadriplegic, he co-wrote an autobiography titled Eleven Seconds and launched The Travis Roy Foundation to fund medical research and to assist fellow survivors of spinal cord injuries.

After playing on the ice hockey teams at North Yarmouth Academy and Tabor Academy, he matriculated at Boston University on an ice hockey scholarship. Tragically, he was injured during his very first game with the university's men's team.

Born to Lee and Brenda Roy, he spent his early years in Augusta and Yarmouth, Maine.

Roy and Brooke Ellison -- a graduate of Harvard University and the subject of the TV movie The Brooke Ellison Story -- both achieved great things despite being quadriplegic as the result of early accidents.

Travis Roy Is A Member Of