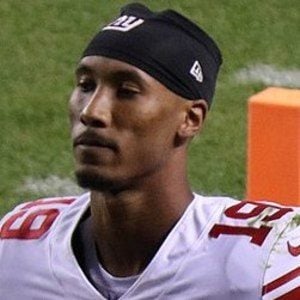 Wide receiver who began his collegiate career with the Florida State Seminoles in 2014. He set a record for receiving yards by a Florida State player in a bowl game with 201 yards at the 2015 Peach Bowl.

During his senior year of high school at Cardinal Newman High School, he was ranked as a five star recruit. He was also rated at the #1 receiver in his graduating class.

He garnered widespread media attention in August 2016 when he sat with Bo Paske, an autistic boy at a Florida grade school. A photo of his encounter with Bo went viral, and received attention from a wide variety of media outlets.

His father's name is Darryl and his mother's is Linda. He has one older brother, Darryl, Jr., and one older sister, Terrenie.

He broke Javon Walker's old record for most yards in a bowl game by a Seminole during the 2015 Peach Bowl.

Travis Rudolph Is A Member Of