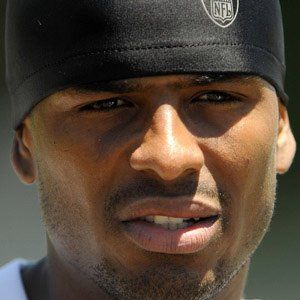 Former NFL wide receiver who was drafted by the Green Bay Packers in 2002 and was selected to the Pro Bowl in 2004.

He attended Florida State University and was the MVP of the Gator Bowl in 2002.

He was robbed and beaten in 2008 after leaving the Hard Rock Hotel in Las Vegas.

He caught many touchdown passes thrown by Brett Favre while playing for the Packers.

Javon Walker Is A Member Of