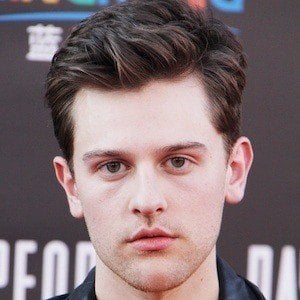 In 2014, he landed a supporting role in final season of Boardwalk Empire. He later landed high-profile movie parts in titles such as Men, Women & Children, The Town That Dreaded Sundown, Independence Day: Resurgence and Viral.

He was a member of Plano's Boy Scout Troop 1000 and awarded the rank of Eagle Scout.

He was part of an October 2014 live reading of the script of the Academy Award-winning film American Beauty.

He is from Plano, Texas. He began dating Kaitlyn Dever.

He and Joey King were a couple of the younger actors featured in Independence Day: Resurgence.