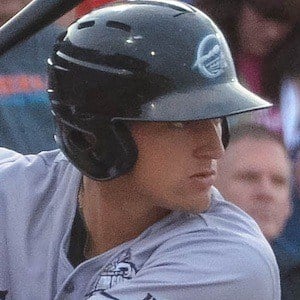 Outfielder who joined the Los Angeles Dodgers in 2016 after playing with the Chicago White Sox in 2015.

He was selected in the 2nd round of the 2009 MLB Draft after spending his college career with the University of California, Los Angeles.

He was part of a three team trade between the Dodgers, White Sox and Cincinnati Reds that sent him to Los Angeles.

Trayce Thompson Is A Member Of