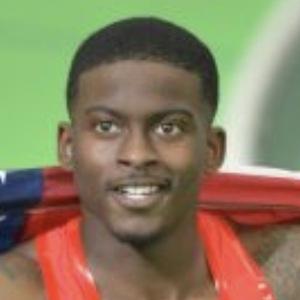 American sprinter who tied the junior world record for the 100 meter dash with a time of 9.97 seconds. He won a gold in the 60 meter at the 2016 World Indoor Championships.

He won a gold and bronze medal at the 2013 Pan American Junior Championships and was named the Gatorade National Track and Field Athlete of the Year.

He enrolled at Baylor University after finishing high school and was named to the All-Big 12 Indoor and Outdoor teams as a freshman and sophomore.

He was born to Cashmere Bromell and Shri Sanders and grew up with two brothers.

He competed against Justin Gatlin at the 2015 World Championships.

Trayvon Bromell Is A Member Of