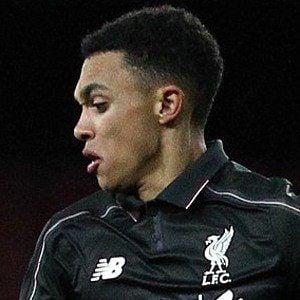 Professional soccer player who is recognized for playing the right-back position for the Liverpool Football Club of the Premier League. During the 2016-2017 regular season he made a total of 12 appearances with the organization.

He joined Liverpool's training academy at the age of 6.

In May of 2017 he was awarded Liverpool's Young Player of the Season award.

He is from the United Kingdom, and is both English and British descent.

Both he and Jordan Henderson played for Liverpool F.C.

Trent Alexander-Arnold Is A Member Of