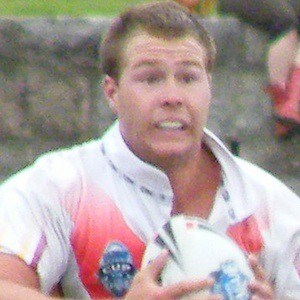 Rugby player who is known for playing the positions of lock, second-row, and prop. He is also known for his association with the teams the Penrith Panthers in the National Rugby League.

With an interest and passion for the sport at a young age, whenever he would move, he would join the new local team. He first began playing professionally in 2009 when he joined the St. George Illawarra team. He would continue playing there until 2015 when he would then transfer to the Penrith Panthers in 2016.

As a former member of the St. George Illawarra Dragons, he was the winner of the 2010 National Rugby League Grand Final.

As a member of the St. George Illawarra Dragons, he can be seen in relation to others who have played for the team as well including Ben Hornby and Matt Cooper.

Trent Merrin Is A Member Of