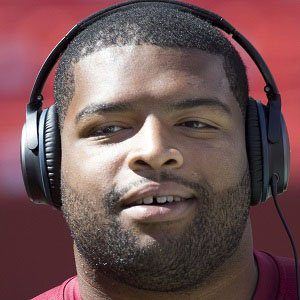 NFL offensive tackle who made Pro Bowls in 2012 and 2013 as a member of the Washington Redksins. He was previously a top prospect at the University of Oklahoma, where he was a consensus All-American in 2009.

He was a star player at Longview High School.

He has a tattoo of a gorilla on his back and was nicknamed "Silverback" by his teammates.

His parents are Veronica and Freddie Williams.

He has been teammates with Redskins quarterback Robert Griffin III.

Trent Williams Is A Member Of