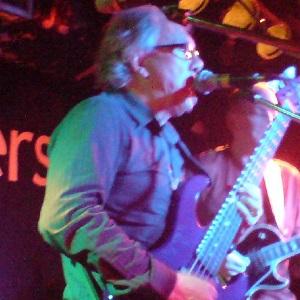 Musician, music producer, and singer who won a Grammy Award for producing "Kiss from a Rose" for the artist Seal. He charted with The Buggles, Yes, and Art of Noise.

He was employed as a session musician during the late 1970s and also performed on the TV show "Come Dancing." He collaborated with disco star Tina Charles during this time.

He was married to Jill Sinclair from 1980 until her death in 2014. They had four children: Aaron, Alexandra, Gabriella and William. He was adopted shortly after birth. His father was an engineer who specialized in milk-production technology. His brother Ken Horn became a TV producer.

He wrote and produced and songs for Danny Elfman.

Trevor Horn Is A Member Of