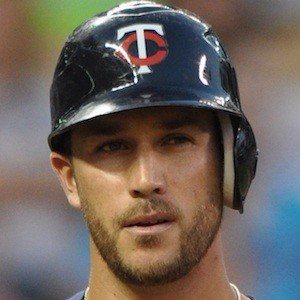 MLB third baseman who was taken 20th overall by the Minnesota Twins in 2004. After six years in the minor leagues, he made his MLB debut with the team in 2010.

He was an All-American his senior year at Crespi High School.

Before settling in as a corner infielder, he started his career as a utility player, having spent time in the major at every infield position as well as left and right field.

He married Olivia Pokorny in 2013.

He and Brian Dozier have played together on Minnesota.

Trevor Plouffe Is A Member Of