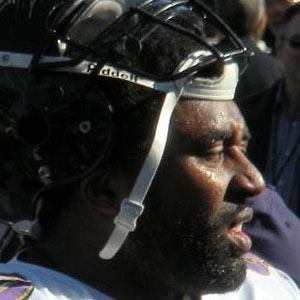 Retired NFL defensive end who won back-to-back Super Bowls as a member of the Denver Broncos. From 1999 to 2002, he made four consecutive Pro Bowl appearances and was named as an All-Pro in three of those seasons.

He was a hurdler at Lake Howell High School and played college football at both Clemson and Michigan.

After being named to the Broncos' 50th Anniversary Team, he thanked fans in ad he took out in the Denver Post.

He married a woman named Sonya.

Trevor Pryce Is A Member Of