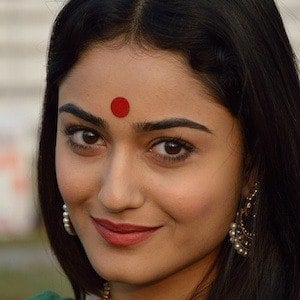 Bengali and Telugu actress known for her roles as Rini in Mishawr Rawhoshyo and Sanjana in Surya vs Surya. She also played Swadheenta Ramakrishnan on the show Dahleez.

She studied microbiology at Scottish Church College. She appeared in her first film in 2013.

In 2011, she won the Calcutta Times Fresh Face competition.

She grew up in Kolata, India.

Tridha Choudhury Is A Member Of