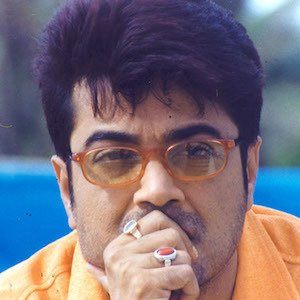 Bengali and Hindi career actor who starred appearing in films when he was only four years old. He's since become known for starring in films like Dosar, Moner Manush, and Chokher Bali.

After appearing in a couple films as a child, he started consistently appearing in movies in 1981. He attended St. Xavier's College in Calcutta.

Between 1998 and 2007, he won eight Best Actor awards for his roles in various films.

He married Arpita Chatterjee in 2002 and has a child with her. He also has a child from a previous marriage. His father is actor Biswajit Chatterjee

He and Priyanshu Chatterjee both starred in Moner Manush.

Prosenjit Chatterjee Is A Member Of