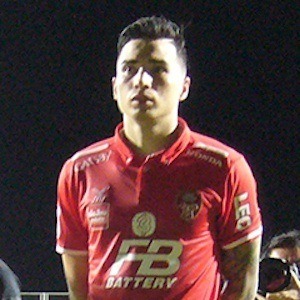 Defender who has risen in fame for his career in Thailand's club and national team settings. He signed with Muangthong United F.C. of Thai League 1 as their starting right back in 2016.

He played one year in the youth academy of French soccer club RC Strasbourg in 2010.

He chose to play international soccer for Thailand, his father's native country. He started for them on defense during qualifying for the 2018 World Cup.

His father is of Thai and Vietnamese descent, while his mother is French.

He and Charyl Chappuis have played as teammates for Thailand's national team.

Tristan Do Is A Member Of