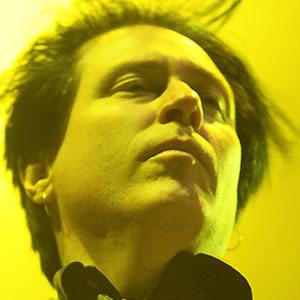 Rock guitarist who has recorded and performed with many bands, including Queens of the Stone Age and A Perfect Circle.

He began working in the music industry by playing for 60 Cycle, Jester, and Failure.

When not playing guitar he works as a sound engineer.

He is of Dutch descent and was born and raised in Los Angeles.

He considers Jimmy Page to be his greatest musical influence.

Troy Van Leeuwen Is A Member Of