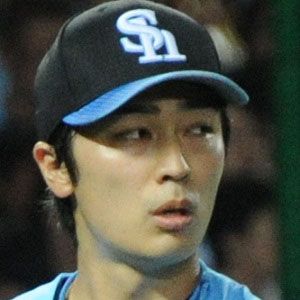 Japanese pitcher who led Japan to their first-ever World Baseball Classic title in 2006. After becoming a four-time All-Star in Nippon Professional Baseball, he joined the Chicago Cubs in Major League Baseball in 2014.

He was a star at Waseda University, where he broke a Tokyo Big6 Baseball League record with 476 strikeouts.

He was named Nippon Professional Baseball Pacific League MVP in 2010.

He was teammates with outfielder Kosuke Fukudome on the Japanese team which won the 2006 World Baseball Classic.

Tsuyoshi Wada Is A Member Of