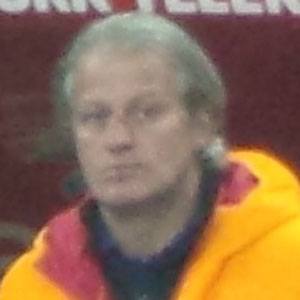 Former midfielder known for his superb passing who played the majority of his professional career with the Blackburn Rovers and Galatasaray S.K., and he played internationally for Turkey's national team from 1992–2006.

His youth career began in 1983 with Galatasaray A2.

He has two children, Berke and Melissa.

Romanian soccer great Gheorghe Hagi referred to Kerimoglu as one of the best ball-playing midfielders in all of Europe.

Tugay Kerimoglu Is A Member Of