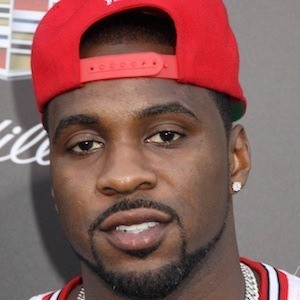 NBA point guard who was traded to the Denver Nuggets after being drafted eighteenth overall by the Minnesota Timberwolves in 2009. He quickly became a star point guard and the team's leader. He began playing for the Sacramento Kings in 2016.

He was an All-American at Oak Hill Academy high school.

In 2009, he was named ACC Player of the Year while leading the University of North Carolina to an NCAA Championship.

He was born to Jacqueline and George Lawson. He has one daughter.

He played alongside fellow point guard Andre Miller on the Nuggets.

Ty Lawson Is A Member Of