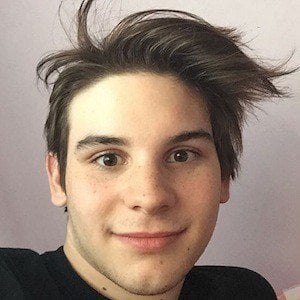 Beginning his film career in Louisiana when he was twelve, this actor landed his first film contract with disney.com. He was cast in the 2015 film Same Kind of Different as Me and the 2016 films Life at These Speeds and Mono.

He performed in school plays, church plays and community theater as early as the age of six. He was the youngest boy to enter the musical theater program at The New Orleans Center for Creative Arts when he was eleven years old.

He has guest-starred on television in Children's Hospital, The Ladies & The Gents and CeReality. He was also a recurring actor in Jimmy Kimmel Live skits.

He was cast alongside Melanie Lynskey in Life at These Speeds.

Ty Parker Is A Member Of