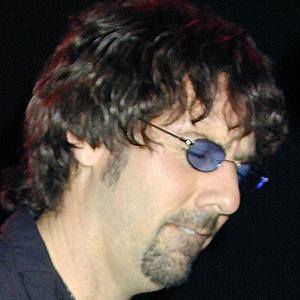 Lead guitarist, songwriter, and co-lead vocalist for King's X who has also pursued other musical projects, including a solo career.

He performed in Jackson with his father and brother in a blue grass band.

He founded the band The Edge with Pinnick, Gaskill, and McCollam; they were later renamed King's X.

His wife left him.

Brian May was an influence on his music.

Ty Tabor Is A Member Of