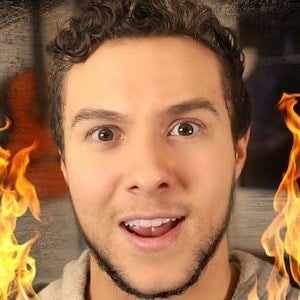 YouTube personality who has gained significant attention for his self-titled channel, on which he documents his female-to-male transition. He is also known for his comedy videos, unboxings, challenges and more.

He came out as transgender in a YouTube video uploaded in October 2013.

His 2015 video "Female To Male Transition - 1 Year On Testosterone" went viral, earning more than three and a half million views.

He has an older sister. He was previously in a relationship with YouTuber Stef Sanjati. He got engaged to Christy Sanchez in 2015, but they never married.

He and Nick Camryn both chronicled their female-to-male transitions on YouTube.

Ty Turner Is A Member Of