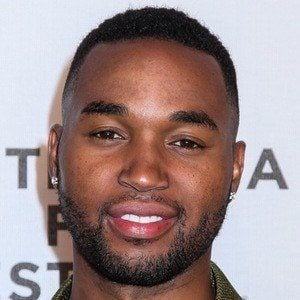 American actor who was cast as Kevin Satterlee on the OWN drama series Greenleaf in 2016. He has also had recurring roles on series like NCIS: Los Angeless and The People v. O. J. Simpson: American Crime Story.

He attended Brother Rice High School in Bloomfield Township, Michigan and studied at the University of Michigan.

He appeared as himself on the Hallmark Channel talk show Home & Family in 2012.

He has a brother who is a professional body builder.

Tye White Is A Member Of