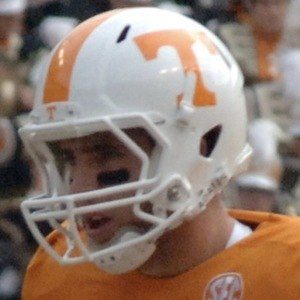 Quarterback who began his NFL career with the Kansas City Chiefs in 2013 after a solid college career at the University of Tennessee.

He set a Tennessee single game record with 530 passing yards against Troy on November, 3, 2012, breaking Peyton Manning's previous record of 523, set in 1997.

He was born in Clovis, California.

He became a backup quarterback to Alex Smith on the Chiefs in 2013.

Tyler Bray Is A Member Of