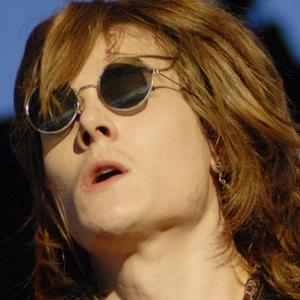 Rock and blues guitarist, singer, and songwriter featured in the 2009 documentary film Rock Prophecies. When he was fifteen years old, he formed and toured internationally with the Tyler Bryant Band.

He first began playing acoustic guitar when he was six years old. Five years later, he traded his dirt bike for an electric guitar.

He toured with such rock, country, and blues musicians and bands as Aerosmith, Vince Gill, and B.B. King.

He was born and raised in Honey Grove, Texas. At age seventeen, he moved to Nashville, Tennessee to further his career in music.

Musician Eric Clapton recognized the young Bryant's exceptional talent and, in 2007, asked him to play at Chicago's Crossroads Guitar Festival.

Tyler Bryant Is A Member Of