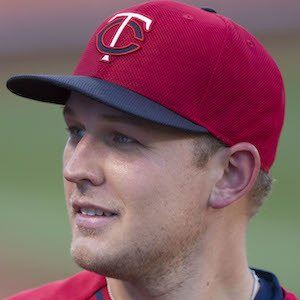 MLB pitcher who drafted in the fifth round by the Minnesota Twins in 2012. He spent parts of the next four seasons in the minors before making his major league debut in 2015.

He played college baseball at Rice University, where he both started and came out of the bullpen.

He was the Conference USA Tournament MVP in 2011 with Rice.

He was born to Tim and Shanna Duffey and has a brother. He married Sarah Hutchins in 2015.

He was teammates with Mike Pelfrey on Minnesota in 2015.

Tyler Duffey Is A Member Of