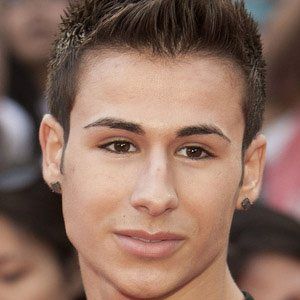 Canadian singer and dancer known for singles like "What's Up, Stand Up" and "Radio," which featured Flo Rida.

He started dancing at the age of ten and signed to CP Records in 2010.

He was chosen to sing the theme song for Bullying Awareness Week's Stand Up! campaign in 2011.

He was born in Toronto, Ontario to a family of Portuguese-Italian ancestry. He's been in a relationship with fellow pop singer Hailey Reese. His cousins are fellow singers Shawn Desman and Danny Fernandes.

He toured with pop star Cody Simpson in 2012.

Tyler Medeiros Is A Member Of