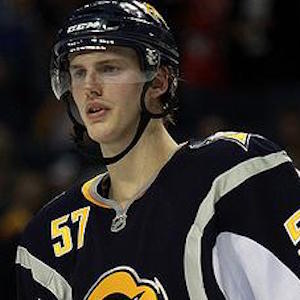 Canadian-American defenceman who won the Calder Memorial Trophy as the NHL's best rookie in 2010. He won gold medals representing Canada at the 2008 IIHF Under-18 Championships and the 2009 World Junior Ice Hockey Championships.

He was born in Houston, Texas and began playing for the Notre Dame Hounds in the Saskatchewan Midget AAA Hockey League in 2005.

He won the Western Hockey League Playoff MVP award for the 2008-09 season as a member of the Kelowna Rockets.

He married Michela Gellert in 2014.

He was teammates with right winger Drew Stafford in Buffalo.

Tyler Myers Is A Member Of