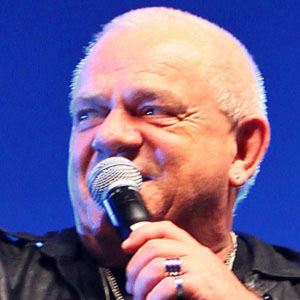 Famous for his membership in the German heavy metal groups U.D.O. and Accept, this vocalist recorded fifteen albums with the former band between 1987 and 2015 and seven albums with the latter group between 1979 and 1986. Russian Roulette, his final recording with Accept, rose to number five on Germany's GfK Entertainment Top 100 chart.

He and fellow Accept founding members Wolf Hoffmann and Peter Baltes released the band's self-titled debut album in 1979 and recorded a second album, I'm a Rebel, the following year.

The Japanese manga character Dark Schneider (from the series Bastard!!) was named in Dirkschneider's honor.

He was born in Wuppertal, Germany. His son, Sven Dirkschneider, also forged a career as a heavy metal musician.

Udo Dirkschneider Is A Member Of