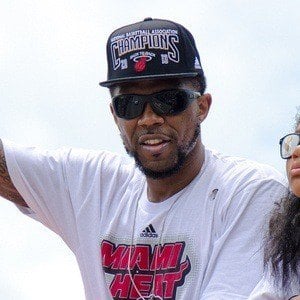 Power forward who helped the Miami Heat secure the franchise's first NBA title in 2006, then win two more in 2012 and 2013. He became the Heat's all-time leader in rebounds.

He spent two seasons playing in France before joining the Heat in 2003.

He appeared in the music video for "Bet That" by Trick Daddy.

He was raised with a brother named Samuel. He married Faith Rein in 2013. The couple has three sons, Kedonis, Josiah and Elijah.

He first joined Dwyane Wade on the Miami Heat in 2003.

Udonis Haslem Is A Member Of