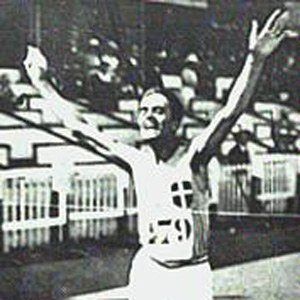 Italian competitive walker who won three Olympic gold medals in the 1920s, winning in the 3km and 10km events.

He made a return to the Olympics in 1932 where he took bronze in the 50 km walk.

He was raised in a family of six in Milan, Italy.

He competed in the 1932 Olympics where fellow Italian Romeo Neri won three gold medals in gymnastics.

Ugo Frigerio Is A Member Of