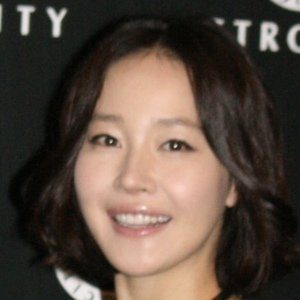 South Korean actress who is known for her performances as a leading actress in both television series' and feature films. She is best known for having played Ji-sun in the 2016 thriller Missing which earned her the Best Actress Award at the Women in Korean Film awards.

Her career as an actress started in the 1990's when she made her debut in the Tokusatsu series Vectorman where she played Princess Radia. She gained further attention in 2004 when she starred in The Scarlet Letter which earned her a Best Supporting Actress nomination at the Blue Dragon Film Awards.

She has won several awards and honors for her acting including Best Supporting Actress in 2007 at the Chunsa Film Art Awards for her performance in Traces of Love. She also won the Excellence Award at the Korean Culture and Entertainment Awards in 2010 for her role in Romantic Debtors.

She was born and raised in Daegu, South Korea and married Oh Young-Wook in 2014 at the Shilla Hotel in Seoul.

She has frequently collaborated with actor Kim Soo Hyun including on the shows Childless Comfort and Thrice Married Woman.

Uhm Jiwon Is A Member Of