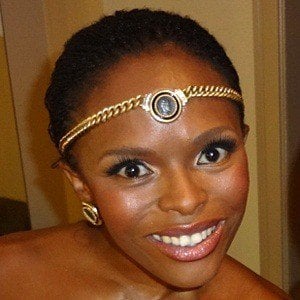 Versatile performer and broadcasting personality known as a co-host of the MetroFM breakfast show and as a judge on Idols South Africa. She also co-owns the production company Lucky Bean Media.

She earned degrees in journalism and drama from Rhodes University and an international media degree at the University of Utrecht.

A talented singer, she has released numerous original albums including My First Time, With Love, and Alive.

She married Thomas Msengana in 2009.

She has voiced characters on the Disney Junior animated show Doc McStuffins, a show whose title character is portrayed by Lara Jill Miller.

Unathi Msengana Is A Member Of