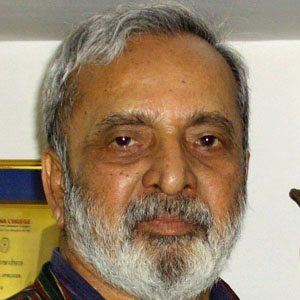 Famous for his association with Kannada literature's Navya movement of the 1950s, Ananthamurthy penned a number of acclaimed psychological novels, including Bharathi Pura; Samskara; and Bhava.

His numerous literary honors include a 1994 Jnanpith Award; the 1998 Padma Bhushan; and a 2013 Man Booker International Prize nomination.

He and his wife, Esther, became parents to children named Anuradha and Sharat.

Active in politics, Ananthamurthy launched an unsuccessful 2004 campaign for a seat in the Indian Lok Sabha and was later vocal in his opposition to Indian Prime Minister Narendra Modi.

UR Ananthamurthy Is A Member Of