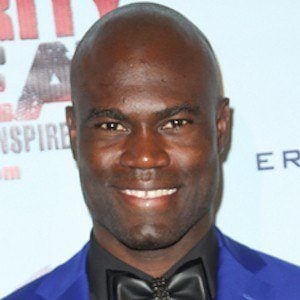 UFC middleweight who competed on season 17 of The Ultimate Fighter. He was the season's runner up after losing a split-decision to Kelvin Gastelum in the final.

His first professional fight came in 2005, but he started competing regularly in 2009. He had a 7-2 record when he joined TUF.

Although he didn't win the 17th season of TUF, he did earn knockout of the season during the competition.

After growing up in Spanish Town, Jamaica, he moved to New York City, where he took up martial arts.

He earned a Performance of the Night bonus after knocking out Gegard Mousasi at UFC Fight Night 75 in 2015.

Uriah Alexander Hall Is A Member Of