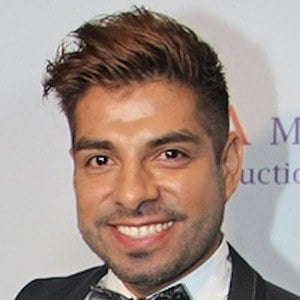 Fashion designer and influencer who's founded the US Lifestyle Group, mass media and creative group that highlights multiculturalism within the United States. The company produces a magazine as well as operating several designer brands aimed at different demographics.

Before launching US Lifestyle Media Group he'd launched his own fashion line and served as the Vice President of Multicultural Development and Strategy.

He's of Latin descent and has had a daughter named Priscilla Tatiana.

He's friends with pageant queen Josephine Ochoa and the two have been pictured together on Saenz's Instagram.

Uriel Saenz Is A Member Of