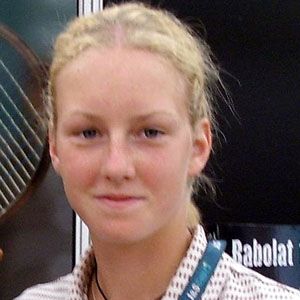 Right-handed player who first earned a top-30 ranking in 2012 after making the final match of the UNICEF Open.

She won the 2007 Wimbledon Girls title, and finished the year as the number-one ranked junior player in the world.

On February 16, 2009, at the Barclays Dubai Tennis Championships, she faced her sister in competition for the first time, winning 6-4, 6-3.

She followed the footsteps of her older sister, , in becoming a professional tennis player.

Urszula Radwanska Is A Member Of