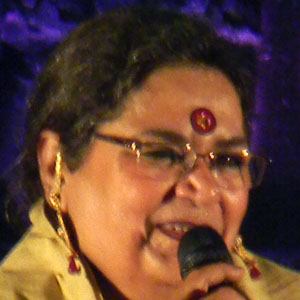 Indian pop and playback singer best known for her singing in films like 7 Khoon Maaf and Armaan. She is also known for acting roles like that of Indira in 2010's Manmadan Ambu.

She got her start as a singer on the radio program The Ovaltine Music Hour at age nine.

She won the Filmfare Award for Best Female Playback Singer in 2011 for her work on the film 7 Khoon Maaf.

She has a daughter named Anjali and a son named Sunny.

She has been a frequent collaborator of music director Bappi Lahiri.

Usha Uthup Is A Member Of