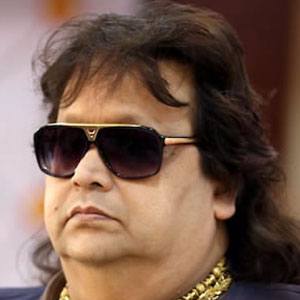 Music director of Hindi films. He was known for popularizing the use of synthesized disco music in Indian cinema. He worked on "Zakhmee" from 1975, a Hindi film by Tahir Husain.

He learned to play the tabla at age three. His first film music was composed for "Nanha Shikari" from 1973.

He won the Filmfare Award for Best Music Director in 1985 for his work on "Sharaabi" from 1984. He died at the age of 69 after recovering from COVID-19 but suffering from other health problems.

His father was the famous singer Aparesh Lahiri. He was also related to the revered singer Kishore Kumar.

His influential soundtrack for the 1982 film "Disco Dancer" inspired artists like M.I.A.

Bappi Lahiri Is A Member Of